Dale B.J. Randall is a professor of English and professor of the practice of drama at Duke University and author of several books on early modern English literature. 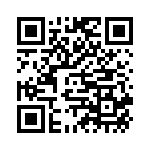