Page
No serious attempt had been made to ascertain the exact nature of Saxon and Danish fortifications by a comparison of the existing remains with the historical records which have come down to us, ...
Page
PREFACE CHAPTER I INTRODUCTORY 1 CHAPTER II ANGLO-SAXON FORTIFICATIONS CHAPTER III ANGLO-SAXON FORTIFICATIONS—CONTINUED CHAPTER IV DANISH FORTIFICATIONS CHAPTER V THE ORIGIN OF PRIVATE CASTLES CHAPTER VI DISTRIBUTION AND CHARACTERISTICS ...
Page
Dr Sophus Müller, the eminent Danish archćologist, when dealing with the specimens of this class of fortification which are to be found in Denmark, made the luminous remark that “the fortresses of prehistoric times are the defences of ...
Page
But it will at once occur to an objector that there have been other invaders of Britain before the Normans, and it may be asked why these earthworks were not equally suited to the needs of the Saxon or the Danish conquerors, ...
Page
The Watling Street, which runs north-west from London to Shrewsbury, and thence north to Chester and Manchester, formed at that time the dividing line between the English and Danish rule.[34] It would seem from the course of the story ...
Next » 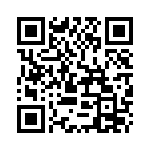