Page 25 - The plough is one of the most ancient and most valuable of man's inventions ; but long before he existed the land was in fact regularly ploughed, and still continues to be thus ploughed by earth-worms. It may be doubted whether there are many other animals which have played so important a part in the history of the world, as have these lowly organized creatures.
Appears in 113 books from 1844-2008
Page 23 - For, to say nothing of half the birds, and some quadrupeds which are almost entirely supported by them, worms seem to be the great promoters of vegetation, which would proceed but lamely without them, by boring, perforating, and loosening the soil, and rendering it pervious to rains and the fibres of plants, by drawing straws and stalks of leaves and twigs into it ; and, most of all, by throwing up such infinite numbers of lumps of earth called worm-casts, which, being their excrement, is a fine...
Appears in 115 books from 1803-2007
More
Page 24 - ... by worms. It is a marvellous reflection that the whole of the superficial mould over any such expanse has passed, and will again pass, every few years through the bodies of worms.
Appears in 58 books from 1881-2008
Page 10 - The Objective of the Program The goal to be achieved is a more stable agriculture, more dependable sources of income, and progressively satisfactory livelihood for the people of the region. To achieve this goal, there must be widespread use of good soil management and water conservation practices and adjustments in sizes and types of farms which will enable farmers and ranchers to effectively cope with the climatic hazards of the region.
Appears in 11 books from 1956-2004
Page 24 - ... slopes, probably to avoid being flooded. Gardeners and farmers express their detestation of worms; the former because they render their walks unsightly, and make them much work: and the latter because, as they think, worms eat their green corn. But these men would find that the earth without worms would soon become cold, hard-bound, and void of fermentation; and consequently sterile...
Appears in 52 books from 1803-2004
Page 91 - viscous, semisolid mixture of bacteria- and virus-laden organic matter, toxic metals, synthetic organic chemicals, and settled solids removed from domestic and industrial waste water at a sewage treatment plant.
Appears in 6 books from 1992-2004
Page 17 - Briefly, this book sets out to show that the moldboard plow, which is in use on farms throughout the civilized world, is the least satisfactory implement for the preparation of land for the production of crops.
Appears in 8 books from 1936-2004
Page 15 - When water erosion is the primary concern, a farmer can meet the minimum requirement of conservation tillage by leaving 30 percent or more of the soil surface covered with crop residue.
Appears in 3 books from 1991-2004
Page 13 - Congress passed the Soil and Water Resources Conservation Act of 1977 (RCA). The act mandated a continuing appraisal of the Nation's soil, water, and related resources.
Appears in 4 books from 1991-2004
Page 44 - Professor of Soils and Chairman of the Department of Soils at the University of Missouri at Columbia, and Frank A.
Appears in 3 books from 1989-2004
Less

Beatrice Josephine Trum Hunter was born in Brooklyn, New York on December 16, 1918. She received a bachelor's degree in English literature from Brooklyn College in 1940. She learned to read Braille while accompanying a blind student on the subway to and from campus and wanted to teach visually impaired students. She studied at the Perkins School for the Blind and received a master's degree from Teachers College at Columbia University. She taught in New Jersey and New York City schools until she and her husband moved to New Hampshire in 1955. She wrote several books including The Natural Foods Cookbook, Gardening Without Poisons, and Our Toxic Legacy: How Lead, Mercury, Arsenic, and Cadmium Harm Our Health. She was the food editor of Consumers' Research Bulletin magazine. In 1973, she delivered mini-lessons on nutrition on a television program called Beatrice Trum Hunter's Natural Foods on the Boston public television station WGBH. She died on May 17, 2017 at the age of 98. 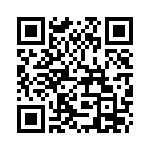